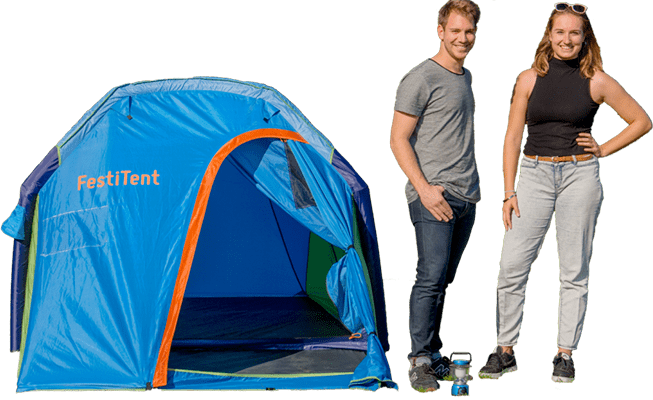 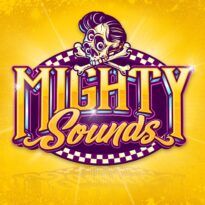 The Easy FestiTent 2P is exactly what you need if you don’t want to fiddle with setting up your own tent at Mighty Sounds festival. Just throw your metal spiked stuff in the pre-set up FestiTent and you’re ready to enjoy your festival. Camping was never this easy.

This FestiTent is a spacious 2-person tent without mattresses or sleeping bags. There is enough space for two own air mattresses, other camping gear and destroyed jeans outfits. You can conveniently store all this in the front tent or in the extra storage space inside the FestiTent.

We provide you with a ready-made FestiTent and a handy lantern to guide you through the nights. Just don’t forget to bring your own mattresses, sleeping bags and some (optional) fresh underwear. That’s really an Easy start of your Horst festival!

€100 deposit will be added to your booking. Check out why! 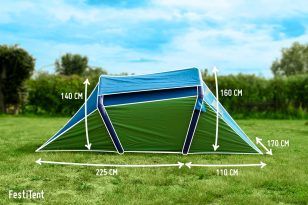 Once you have arrived at the campsite, come over to the FestiTent reception to check in. Our hosts will take care of you and show you to your FestiTent. During check-in, we’ll go over to your FestiTent together to make sure it’s not damaged and we’ll fill in a check-in form.

The same process will take place during check-out. This way, we can check whether or not the FestiTent wasn’t damaged during the weekend. If it wasn’t damaged, you will receive your deposit within 5 weeks, depending on your payment method.

The deposit is €100 and will be refunded on your bank account when your FestiTent and its contents are left undamaged. We’ll look at this together at the end of your stay, so please remember to check out. 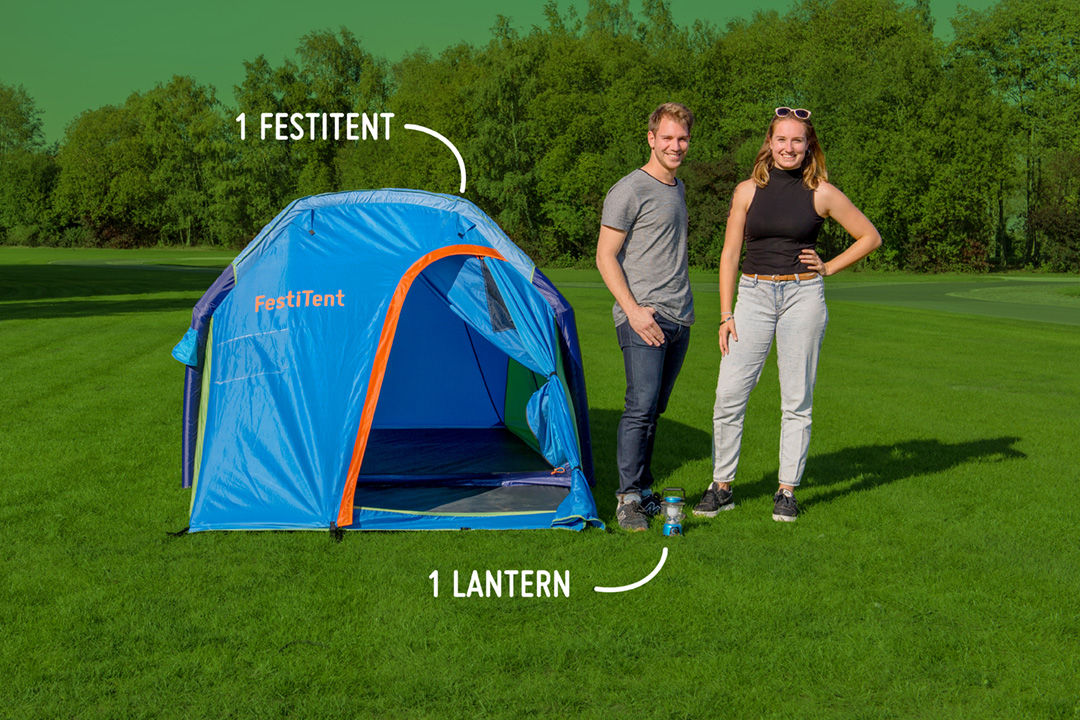 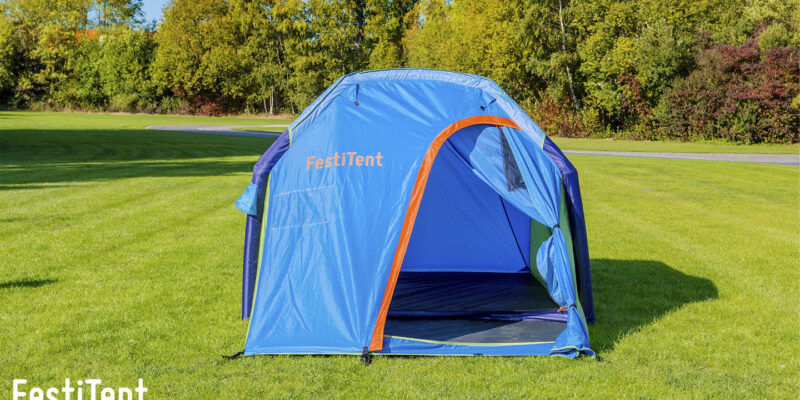 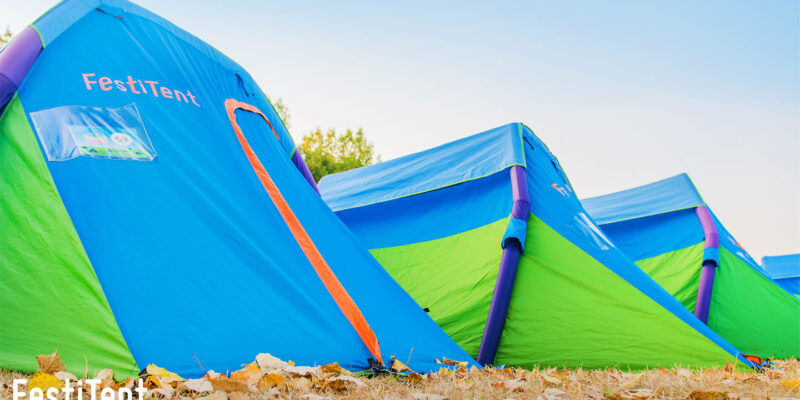 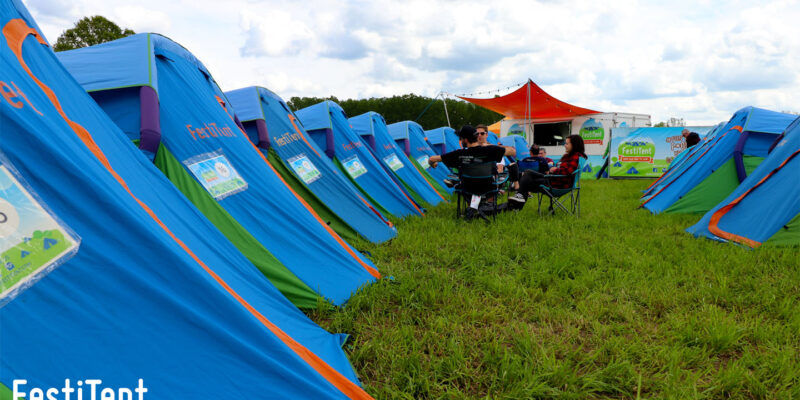 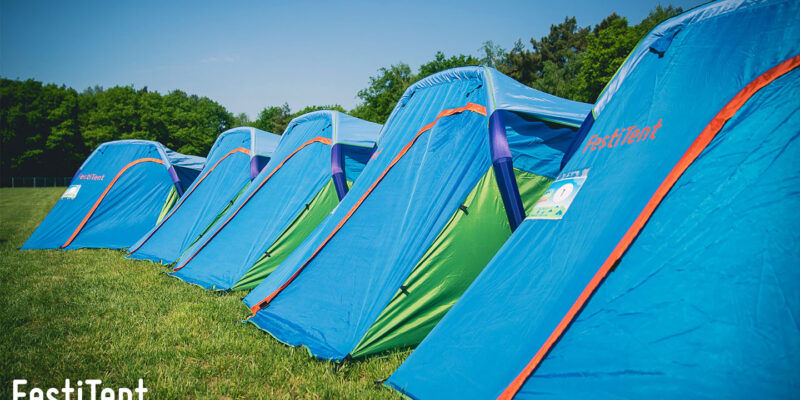 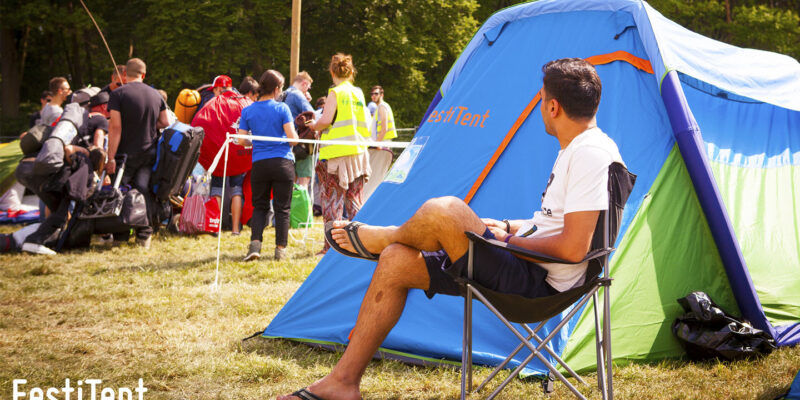 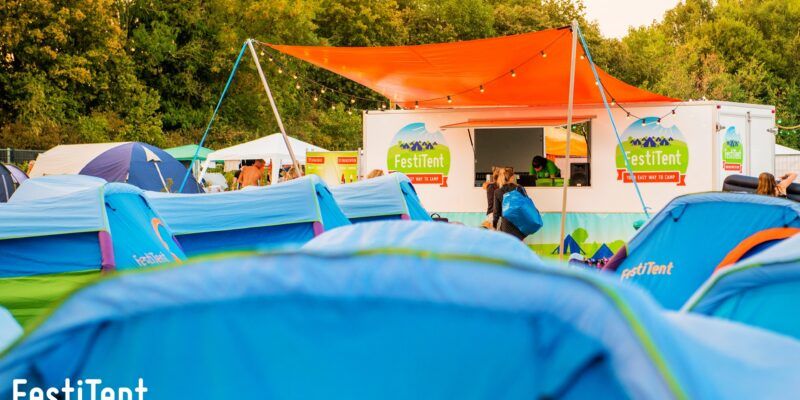 The Mighty Sounds Festival is a unique three-day music event that started out in 2005 and is annually held in July near the Czech City of Tábor. The festival focuses primarily on punk and punk rock, rock’n’roll, hardcore, reggae, ska, rockabilly, indie rock and other styles of music that are derived from, or closely related to, these styles.

Every year the Mighty Sounds festival welcomes over 150 artists performing on five live stages and three DJ stages. On previous editions the program was filled with bands like Dropkick Murphys, Suicidal Tendencies, Pennywise, Anti-Flag, Turbonegro, Ignite, Sick Of It All, Madball, Comeback Kid, Dog Eat Dog, H20, The Casualties, Enter Shikari, Architects, Biohazard, Nekromantix, The Slackers and many others. Traditionally, live theater also has its place at the festival in the Theatre Tent where you can view film screenings.

Fun fact: as proof that punks are warm-hearted you should know that Mighty Sounds is involved in the “Light for the World” charity project, which helps spread awareness about the need for blindness prevention in Africa and raises money for needed operations.

Come to Mighty Sounds without dragging along your camping gear, queuing or fighting for a place. Select your FestiTent and we’ll get everything ready for your arrival.

Our FestiTent village is located at the Mighty Sounds festival campsite. You can rent your pre-pitched 1P, 2P or 4P tent for the entire duration of the festival. That way you’ll have a 100% guaranteed premium camping spot. The dedicated FestiTent reception is open 24/24 and you can check in whenever you want.

The campsite opens on Thursday and closes on Monday. The FestiTent is yours to use during that entire period.

The FestiTent area is a fully fenced campsite and all our guests can use the Camp Village Deluxe facilities, such as ceramic toilets and showers and free phone charging.

The camping ticket for Camp Village Deluxe has to be purchased separately from your FestiTent. The price is  600 CZK / 28 € per person for the entire festival. A reservation (voucher) for the Camp Village DeLuxe can be purchased in advance through pre-sale agencies.

Book your FestiTent and Enjoy Mighty Sounds 2022 Easy and Relaxed.

Check out all info about the Mighty Sounds campsite. 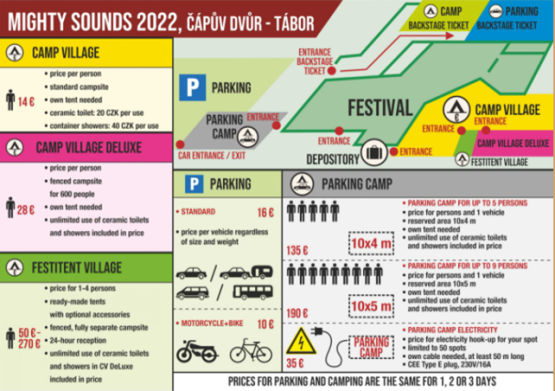 After your booking you will receive an email as payment confirmation. Our Guest Support will check and confirm your booking. You will then receive an email with your FestiTent voucher. This voucher only gives you access to your FestiTent, not to the festival or the campsite. The entrance ticket to the campsite must be purchased separately in the ticket shop of the festival.

Is your spam filter stronger than our vouchers? No problem, you can download your voucher straight from the FestiTent Guest Center.

A few days before you travel to the festival, you will receive an email from us with additional information about the location and check-in.

After entering the campsite, proceed to the FestiTent reception. Our hosts will be waiting for you and guide you to your FestiTent. You can check in by handing in your voucher. If you have lost your voucher (your dog ate it, your printer ran out of ink just when you tried to print it or your phone ran out of power) we will find your name in our check-in system. No worries! During the check-in we will check if your FestiTent is damage free and fill in a check-in form together.

Come over to the FestiTent reception when you want to check out. We will check together if your FestiTent was not damaged during the weekend. If everything is ok, your deposit will be refunded the day after. From then it’s out of our hands. Depending on your payment method it can take several weeks before you will see it appear on your account.

More info about the Deposit.

Find the answers on our Support page or Contact us. 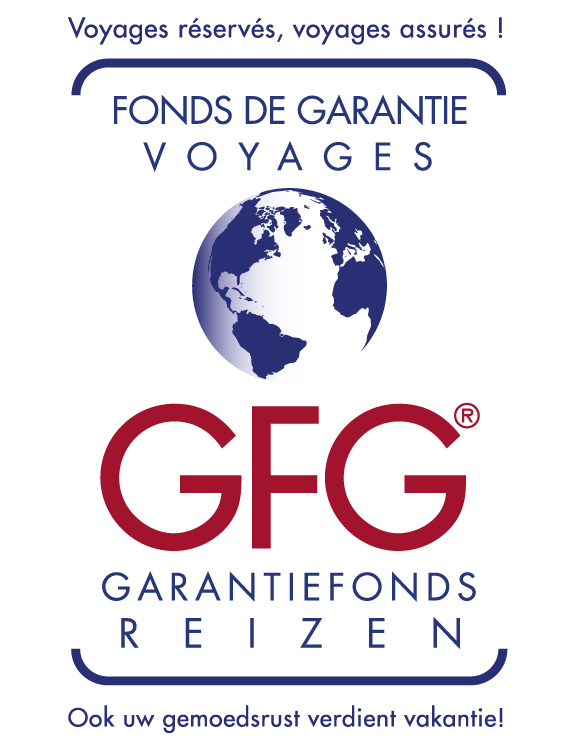 This website uses cookies to improve your experience while you navigate through the website. Out of these, the cookies that are categorized as necessary are stored on your browser as they are essential for the working of basic functionalities of the website. We also use third-party cookies that help us analyze and understand how you use this website. These cookies will be stored in your browser only with your consent. You also have the option to opt-out of these cookies. But opting out of some of these cookies may affect your browsing experience.
Necessary Altijd ingeschakeld
Necessary cookies are absolutely essential for the website to function properly. This category only includes cookies that ensures basic functionalities and security features of the website. These cookies do not store any personal information.
Non-necessary
Any cookies that may not be particularly necessary for the website to function and is used specifically to collect user personal data via analytics, ads, other embedded contents are termed as non-necessary cookies. It is mandatory to procure user consent prior to running these cookies on your website.
OPSLAAN & ACCEPTEREN
0

Your Cart
Your cart is empty
Continue Shopping